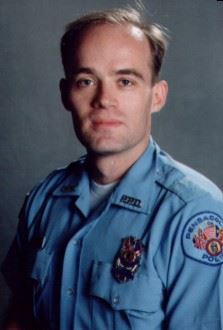 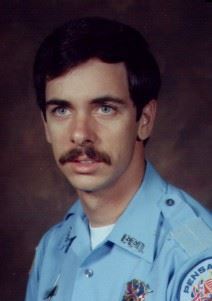 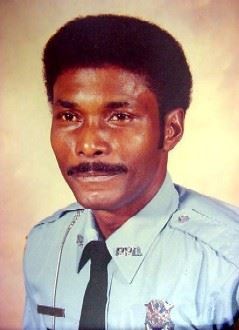 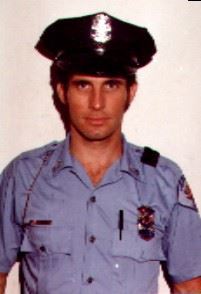 Officer Austraw was killed in a traffic accident on Interstate 10 while en route to a law enforcement education class at George Stone.

Officer Taylor was fatally shot during the robbery of Freedom Federal Savings Bank at Palafox and Gregory streets.

Officer Cross was shot in the face with a shotgun while approaching the front door of a family disturbance call at 610 North D St.

Officer Jones died after his car left the road and struck a building at Palafox and Bobe streets while responding to a burglary in progress call.

“IN THE LINE OF DUTY”

Let me speak briefly of the tragic loss
Of Officers Curtis Jones and Amos Cross.
The sword of death has struck them down,
While they served bravely in our town.
Curtis died in a police car crash,
The last sight of Amos was a muzzle flash.
Lawmen, comrades, brothers as well,
Buried our brothers and bade them farewell.
Black covered badges we wear on our chest,
While we mourn our brothers in their final rest.
Mankind no more will they serve, For they are now with God
... As they deserve!