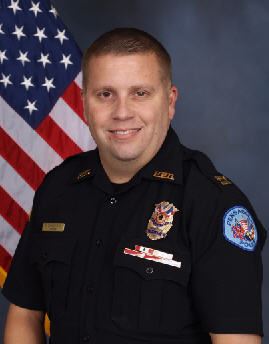 Deputy Police Chief Kevin Christman, who is a life-long Pensacola resident, is assigned to the Administration Division where his primary responsibility is overseeing daily operations of the Pensacola Police Department.

Pensacola Mayor Grover C. Robinson, IV appointed him Interim Chief of Police when Tommi Lyter retired from the position on December 27, 2020, and he served in that position until June 14, 2021 when Eric Randall was hired as the new Chief.

Deputy Chief Christman was hired by the Pensacola Police Department as a cadet in 1997. He was promoted to police officer in 1999, to sergeant in 2012, to lieutenant in 2015, to captain in 2017, and to deputy chief in 2020. Among his assignments have been SWAT Commander, Field Training Commander, Vice and Narcotics, K9 handler, Criminal Investigations, and Uniform Patrol.