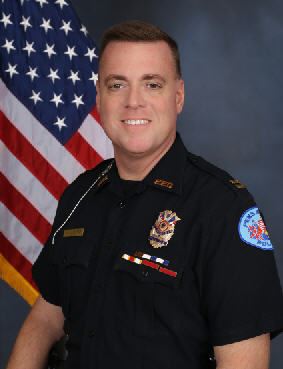 Captain Stephen Davis was promoted from lieutenant to captain on December 21, 2015 and now oversees the Specialized Patrol Division.

Captain Davis was hired by the department as a cadet on January 2, 1990 and promoted to police officer on December 21, 1990. Among his assignments have been Uniform Patrol, Investigations, Tactical Squad, Vice and Narcotics, Professional Standards, Field Training, and Field Training Sergeant. He is a graduate of Troy University and served as President of the Florida Department of Law Enforcement’s Florida Leadership Academy, Class 27.

He was promoted to sergeant on August 13, 2003, and to lieutenant on May 27, 2013. Prior to his promotion to captain, he was assigned to the Criminal Investigations Division beginning on August 3, 2015.