The Special Weapons and Tactics team, which was created in 1975, consists of officers from within the department who are trained in special tactics for high-risk situations.

They respond to seven main categories of calls: 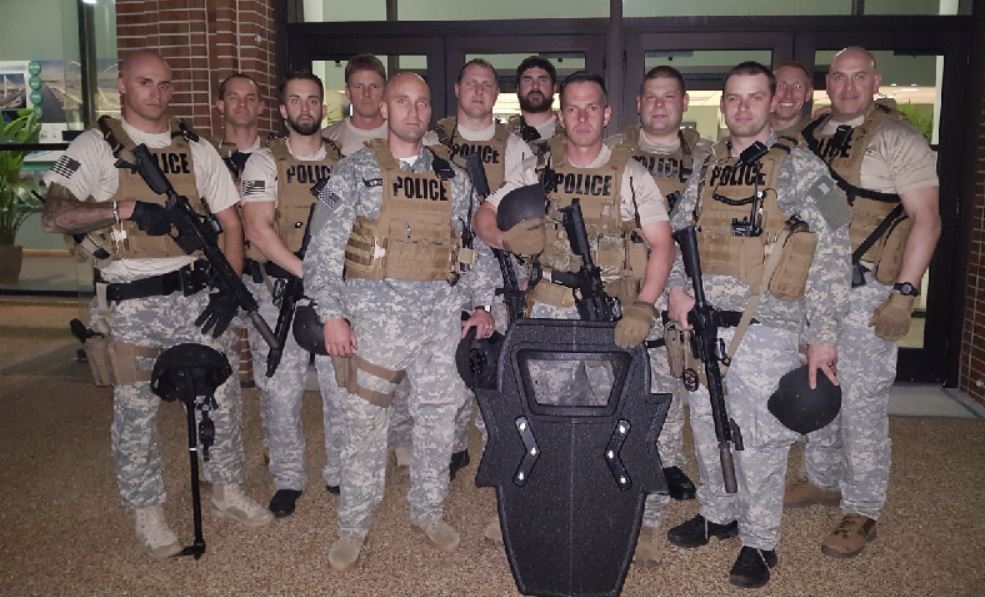 SWAT also is responsible for executing high-risk search warrants such as on violent offenders suspected to be armed or a threat to officers or the public, etc.

SWAT members are selected from a volunteer roster based upon their attitude, job performance and athletic ability. All members must maintain a high level of proficiency in special weapons training and tactics. Lieutenant Matt Coverdale is the SWAT commander.

SWAT also includes crisis negotiators, who are responsible for gathering intelligence information and talking with people in potentially volatile situations in an effort to resolve the matter without violence. Crisis negotiators must undergo extensive training in interpersonal relationships and communication. Team members also are volunteers and selected based upon their attitude, job performance and ability to complete scenario based training.