The K-9 Unit is a part of the Uniform Patrol Division. K-9 handlers are chosen from the Patrol Division and then trained for 14 weeks with their new partner to meet requirements to be a street team. Generally, the Pensacola Police Department purchases dogs from Europe that have already obedience trained. The dogs learn to understand German commands, and must show proficiency in all areas in order to be certified by the U. S Police K-9 Association (USPCA) and Florida standards.

Each K-9 team is tested semi-annually for proficiency to meet the standards of the USPCA in addition to regularly scheduled eight hours of maintenance training monthly.

Sergeant Parsons can be reached by telephone at 850.435.1949 or via email at Sergeant James Parsons. 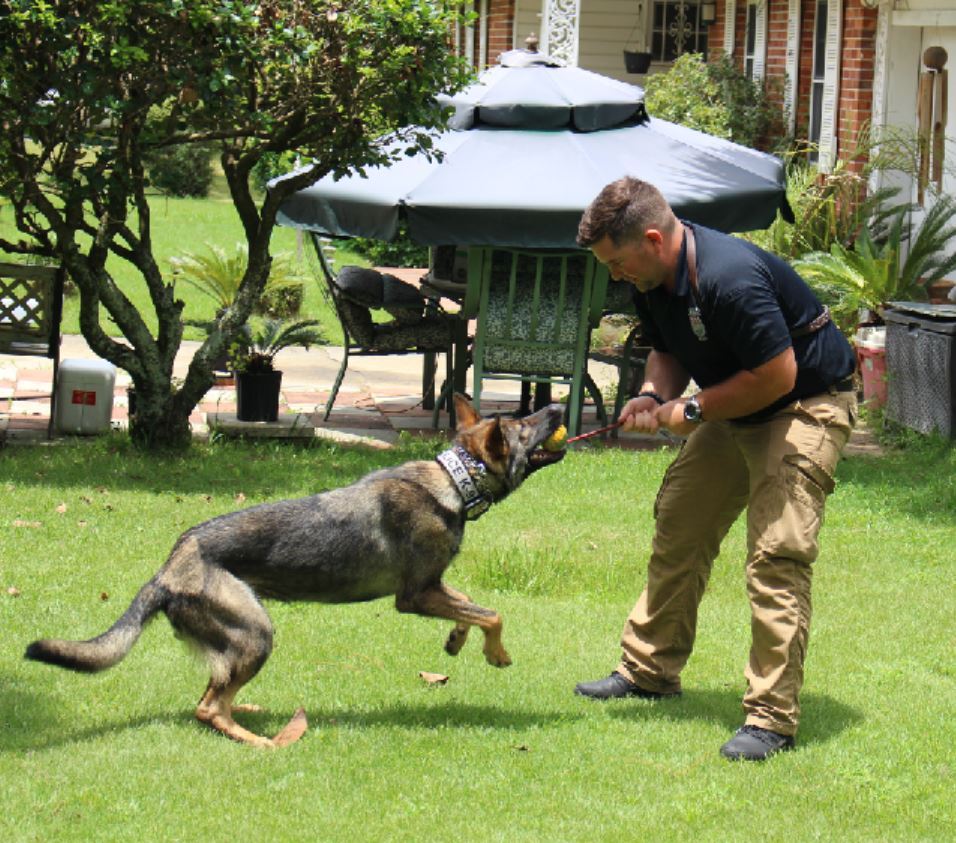