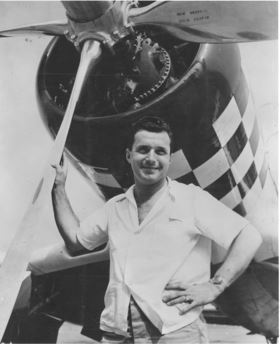 Cleveland native Cook Cleland joined the Navy in 1940 and took his flight training at Lambert Field, Missouri. His advanced training qualified him as a dive bomber pilot. When WW II began, his squadron was shipped to England and based at Scappa Flo. The squadron, equipped with obsolete SB2-U2's, was soon shipped back to the States for training on Douglas SBD's. His next stop was the carrier Lexington. During the battle of Guadalcanal, Cook sank the Japanese carrier Juno with the 500-pound bomb he put on its rear deck. During his tour in the South Pacific, he shot down four Japanese planes.

In 1946, Cook entered the Cleveland National Air Races with the help of some funding from Thompson Products employees with whom he had worked. His dream was winning the Thompson Trophy Race. Cook purchased one of the first surplus Corsairs; a FG-1D built by Goodyear in Akron, Ohio. He entered ex-Navy Corsairs in all four post-war races, realizing his dream twice. 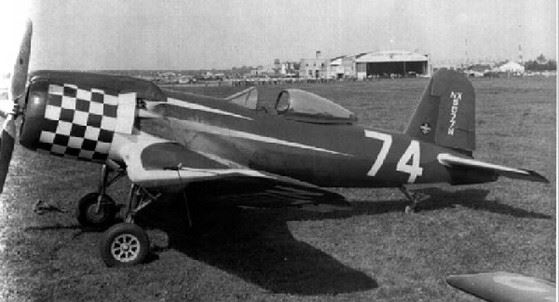